Two EPSM teams were admitted to the next phase of the FAQtos Award, 2023 edition. The Desperdício ZERO and Clever Waves, ZERO Waste projects will now have to produce a video to present their projects.

The FAQtos prize is a national science competition promoted by Instituto Superior Técnico and aimed at secondary school students. Last year EPSM was the big winner of this award, with the BlindBus project, developed by three students from the Electronics, Automation and Command Course. Also in the 2022 edition, EPSM also won an honorable mention, attributed to the project The Social Impact of RARET in Glória do Ribatejo – From the Past to the Future. In 2021, EPSM won 2nd place with the HotOut project. 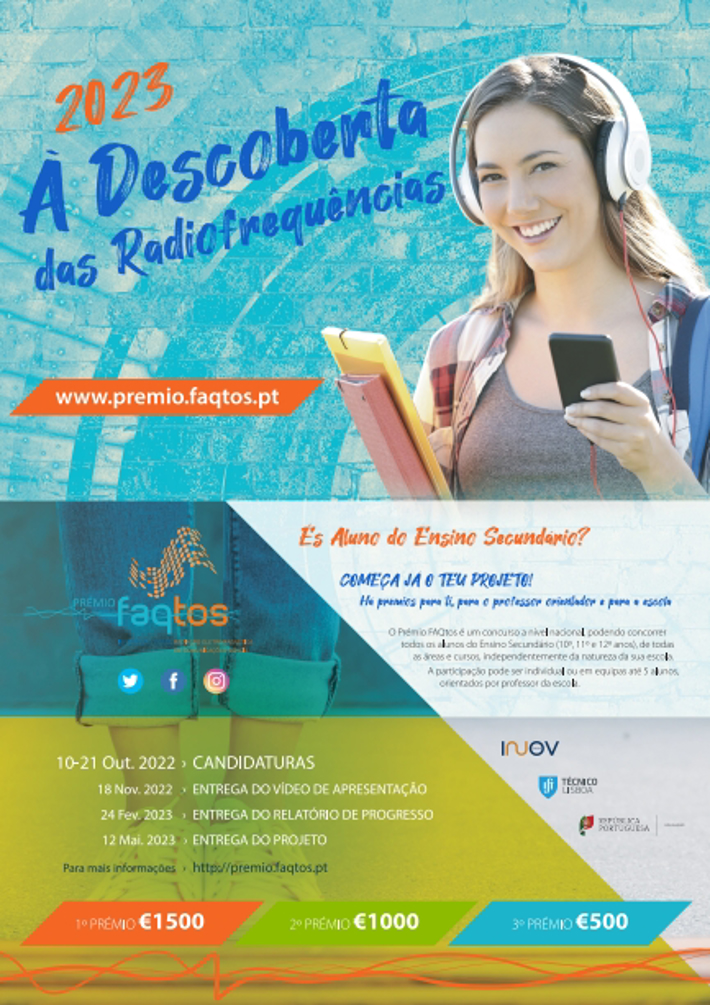